Highlights of the August Meeting

At the August meeting members were given a peek at this little quilt made for donation to raffle off as a fund-raiser for the Aloha library. In the "going to the dogs category," the library sponsors a program in which children read to dogs, and so the quilt had a dog theme. Cute idea, and a generous donation from one of our members. 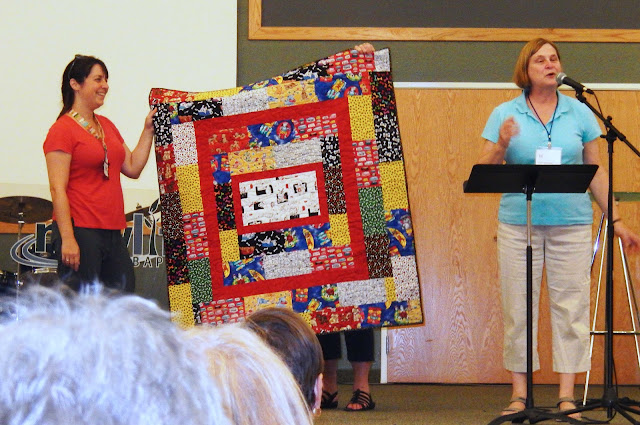 Jody Houghton spoke at the July guild meeting. You may recognize Jody as the artist who creates the "Sisterhood of Quilters" fabric panels. She was there to talk about the class she'll be teaching September 12th at the North Plains Senior Center for creating bags using her panels, or indeed, whatever panel you like. There will be some added content for creating fabric panels from your own photographs or art work. 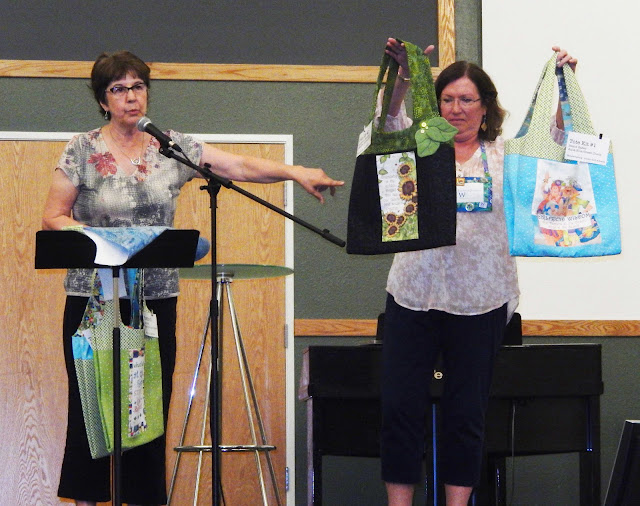 After that, Marlene opened the UFO Contest, which was the "program" for the August meeting. 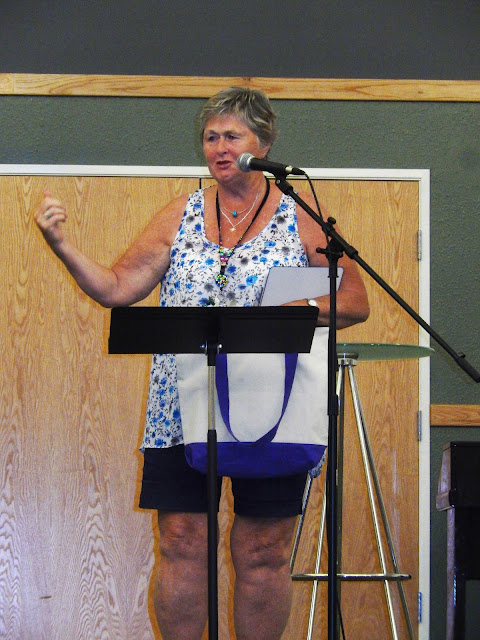 About a year ago, participating members wrote out lists of unfinished projects. For each project finished during the year, participants received a raffle ticket. The contest was opened and we were treated to a huge show of finished UFO's. Quilts were still being shown when this image was snapped. By evening's end, quilts were draped over pretty much every available surface. 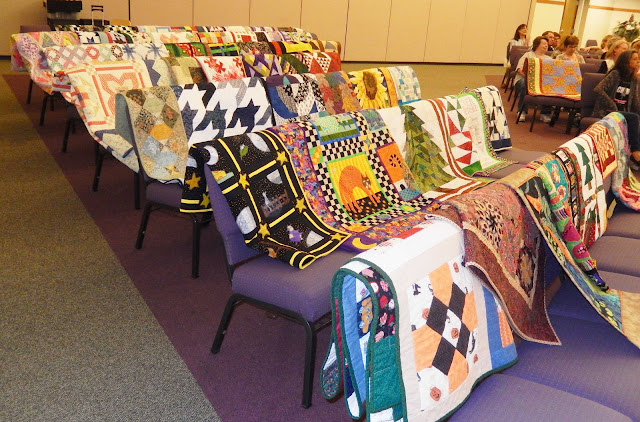 That's a whole lot of sewing right there. When all was said and done, four winners were chosen at random, and each received a cash prize of $30...not bad for a year's work!
Posted by Barbara at 8:12 AM